Reception for the Master Scholars in the Dickson Palace 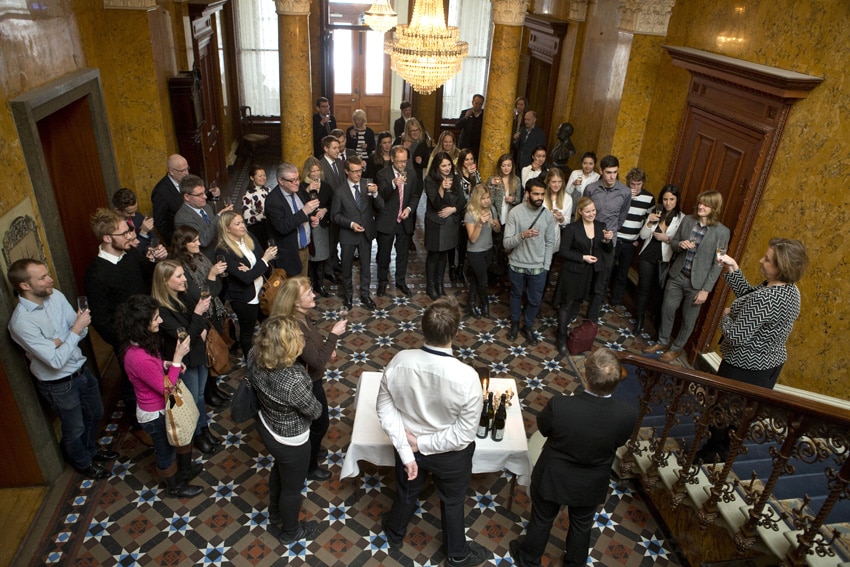 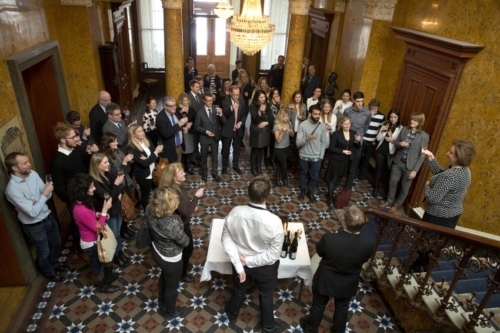 For the second time the Stena Foundation had a reception and awarded the Master Scholars of year 2013. Happy students had gathered in the beautiful foyer to get a glass of sparkling wine, mingle around and listen to Chairman Madeleine Olsson Eriksson´s welcome speech. The Bolero Brass from the School of Music and Drama entertained while the scholars and invited guests walked up the grand staircase to the magnificent ball room where a delicate lunch was served. 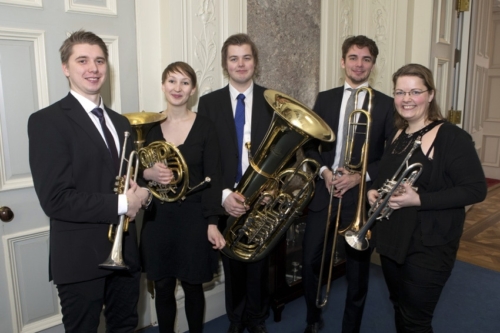 The Foundation has awarded 49 master students, mainly from the medical- and the pharmacist- program. The grants amount to 25 000 crowns and are earmarked for studies abroad. Not least thanks to the Foundation´s donation, 50 percent of the doctors and pharmacists to be elaborate their master´s dissertation outside Sweden in so distant countries as Australia, Nepal and India. 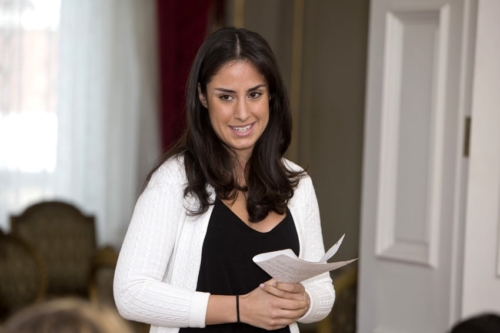 Sandra Barhebréus told us about her time at the Harvard Medical School in Boston and how it had strengthen her self-confidence. . She had participated in a research project on dopamine receptor´s role in schizophrenia 4. The scientists studied how high levels of dopamine 4 caused mental illness. 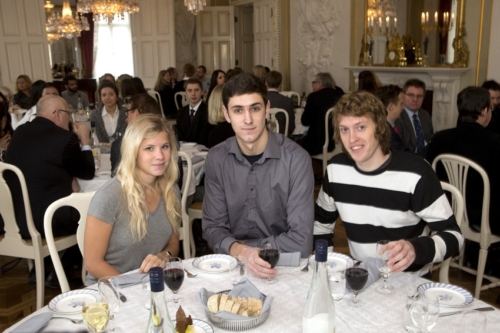 Jonathan Jansson Åkerberg ( to the right) had visited the College of Pharmacy, at the University of Michigan. He had analysed a new method to applicate antibody to melanoma, a gel with embedded antibodies, to examine if the side effects decreased. It was a trip of a life time he ended, despite the fact that the project failed. 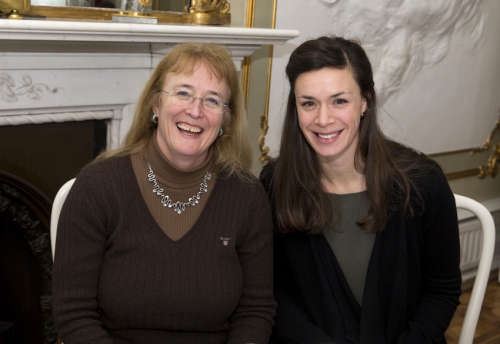 Karin Berg ( to the right), who studies on the program Innovation and Industrial Management at the Stockholm School of Economics, spent four months in Oslo. On the basis of facts from Norwegian and Swedish companies she examined the importance of strength in the early phase of the innovation process. 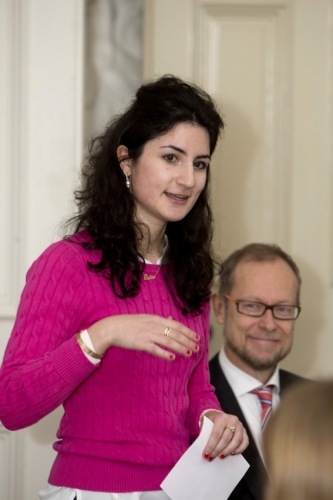 Finally two students from the medical program presented their research. Frida Emilson had spent three months in Neuroscience Research in Australia and studied how nerve impulses from the balance organ is regulated depending on current or recent movements. Useful to avoid sickness. Parisa Hajjariwho had visited the Behavioural Medicine, at the Columbia University in New York and examined possible connections between angry and hostile personality and cardiovascular disease. The study showed that there were no such links. She also proudly told us that she had met with several world famous researchers and that she had received an invitation to go back to USA to continue her research.

Finally all the scholars got a diploma and a photo was taken as a memory of the solemn day. 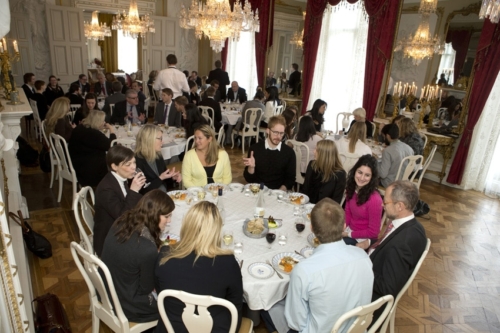