INTERNATIONAL MUSIC CAMP for CHILDREN and YOUTH IN GOTHENBURG 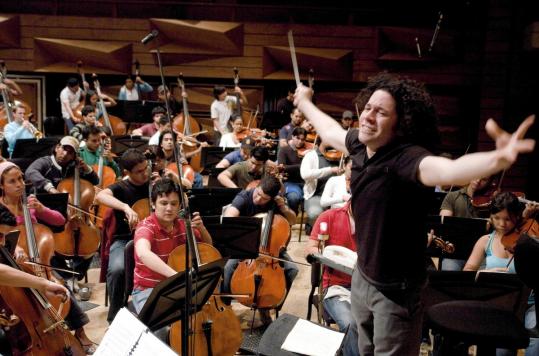 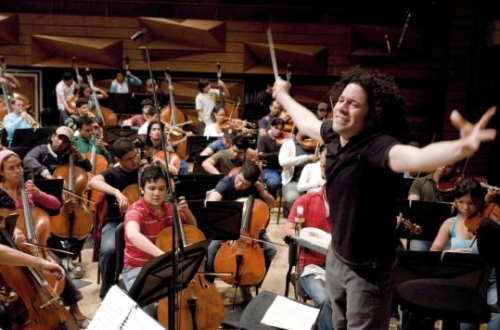 The El Sistema movement with its roots in Venezuela is spreading across the world. El Sistema is actually a way of teaching where music is used as a tool for social and human development.  In Gothenburg El Sistema started 2009 in Hammarkullen with the famous conductor Gustavo Dudamel as a sponsor. El Sistema is now established throughout the city.   Last summer the El Sistema foundation organized a music camp in Gothenburg with 600 participants from all the Nordic countries. The intention is that the music camps over time shall become more international and increase in size. In 2021 when the city celebrate its 400 years anniversary the goal is to gather 30 000 children and teenagers to sing and play music together.

Gustavo Dudamel has accepted to be artistic adviser and also to conduct the Gothenburg Symphony Orchestra, El Sistema and choirs next year as a part of the Volvo Ocean Race opening.

In Gothenburg, during his time as chief conductor, Dudamel became very interested in the Nordic repertoire and the Nordic tone and renewed it. The intention is to combine Dudamel´s new interpretations with experience and tradition and give the children and adolescences who participate in the music camp an early introduction to the classic Nordic music heritage.

A number of works needs to be revised so simpler parts can be included. The plan is to record the works with a conductor and a full orchestra on a digital teaching platform which can used for studies and practising before the camp starts.

To elaborate the artistic direction and develop a repertoire that is tailored for different levels the Foundation has allocated 333 000 SEK per year for the period 2015, 2016 and 2017.