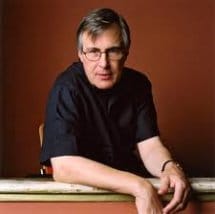 Christian Zacharias was born in India sixty years ago. He is one of the world’s most excellent pianists. He has pursued advanced studies in Paris, primarily for the internationally renowned educator Vlado Perlemuter. Zacharias won in 1973 the large international Piano Competition in Geneva. He became a popular partner for many of the most prominent chamber music orchestras in the world.

Zacharias often appears simultaneously as both conductor and soloist, a tradition of the Viennese Classical Era. This led him to be appointed chief conductor and artistic director of Orchestre de Chambre de Lausanne in 2000. Two years later he became the principal guest conductor of the Gothenburg Symphony Orchestra. Since 2008 he is also one of several artistic conductors of St Paul Chamber Orchestra in the USA.

Up to now Zacharias has made more than 50 recordings, he is an experienced lecturer and has extensive experience as a teacher.