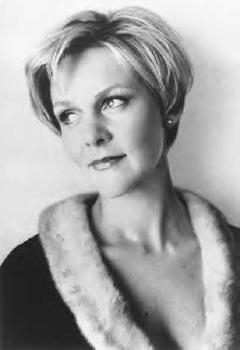 Barbara Bonney, born in the United States in 1956, is a prominent lyric soprano who primarily has been associated with Leider, romantic operas as well as roles in operas by Mozart and Richard Strauss. She has made about a hundred CD recordings, including music from operas and renaissance songs to musicals and baroque arias. She currently holds a professorship at the Mozarteum in Salzburg and an adjunct professorship at the Royal Academy of Music in London.

Through a three year donation from the foundation, Barbara is now working as a visiting professor at the academy of music and drama at Gothenburg University from 2012-2014.